I first met Kelly & Eddie at Breadsall Priory Wedding Fair, a fair which I attend bi-annually. We had a brief chat on the day about what I could do for them. The following afternoon, I was so pleased to receive an email from Kelly asking me to play for them on their special day. It really depends with brides, sometimes people get in touch right away, and others like to take their time and shop around before making a final decision – we all know how difficult wedding planning can be! On discussion with Kelly, she decided that she would like me to play during the ceremony and the wedding breakfast. 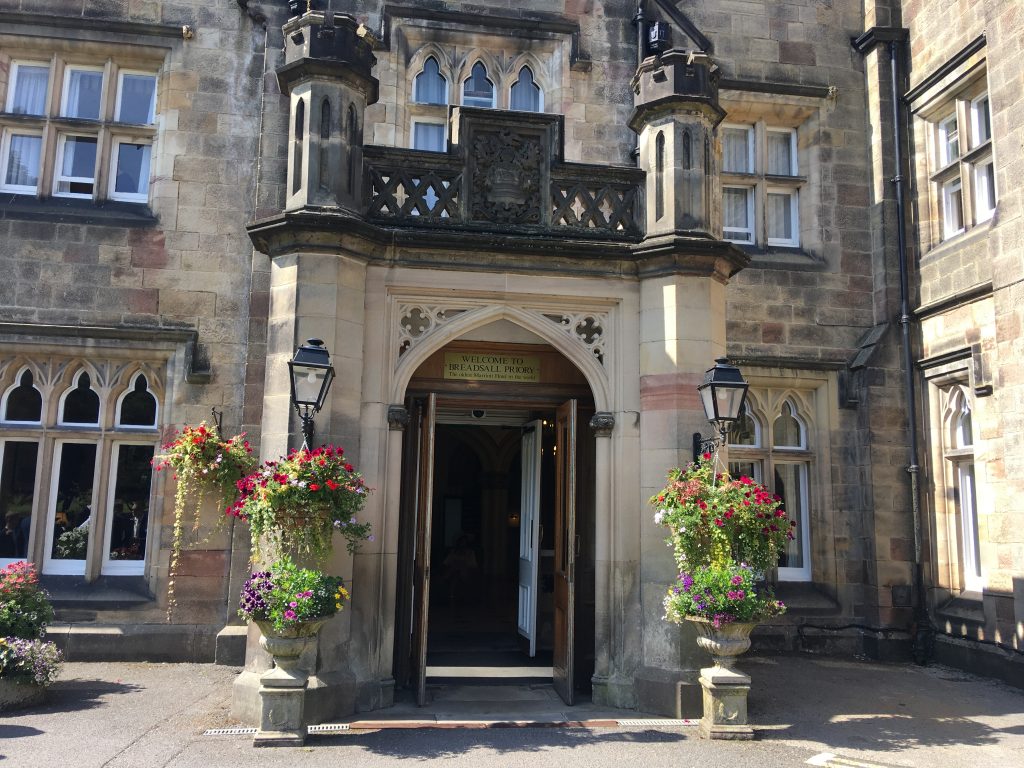 Breadsall Priory, the oldest Marriot in the world, is a popular choice for brides and grooms in Derby and further afield, with its beautiful grounds, historic 13th-cenutry architecture, luxury spa and two golf courses. 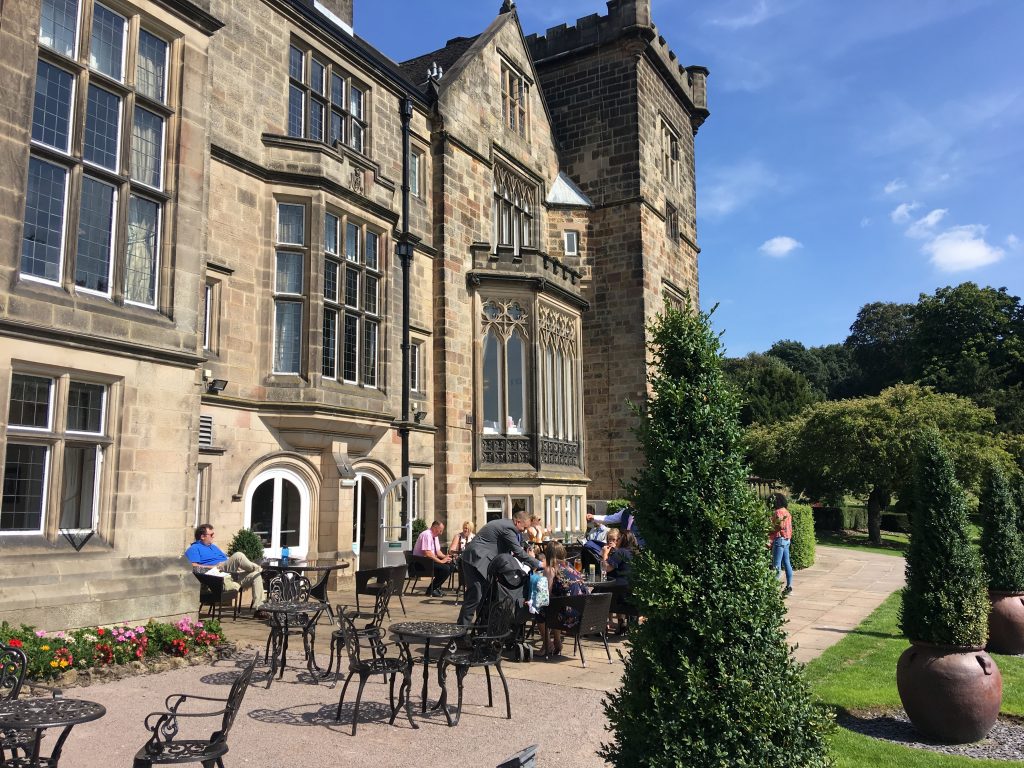 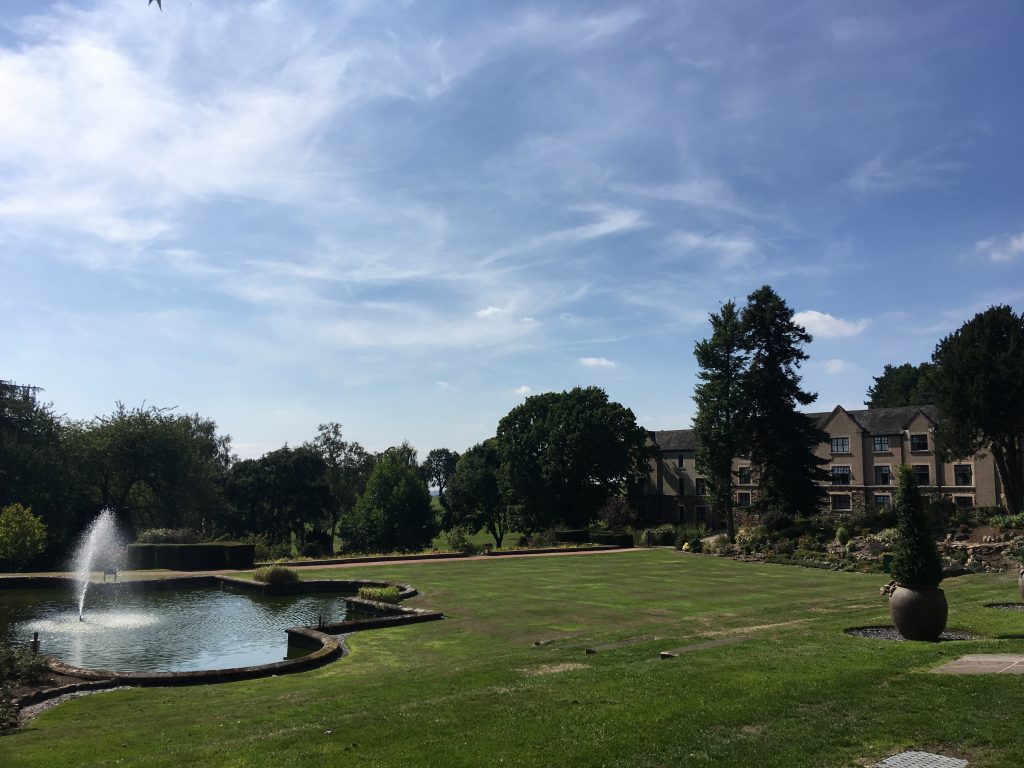 On this early September day, the weather held out for them perfectly and the sun shone continuously. I arrived early, and headed straight to the Morley Room to set up which is where the Ceremony would take place. As you walk in from the main entrance and walk up the first set of stairs, the Morley Room is the first on your left. It is a luxuriously decorated room that can hold around 100 people with plush furnishings, chandelier, mirrors, cream walls and gold accents. It overlooks the extensive grounds. 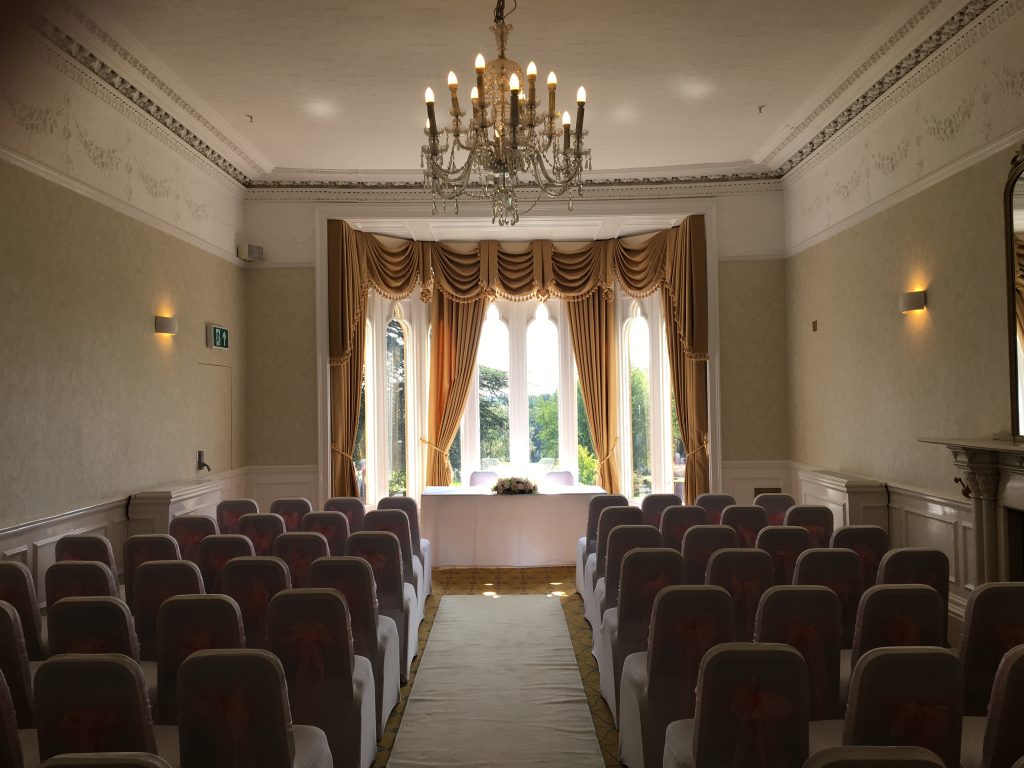 I set up in the back-left corner of the room facing the aisle. Kelly had decided that she would like me to sing the Temptations song ‘My Girl’ for her entrance and had sent me a YouTube cover video for inspiration, listen here. The register-signing song was ‘Everlong’ by the Foo Fighters (an unusual choice, which I ended up really loving). Whilst learning the song, I found an awesome cover on YouTube by Elise Trouw which mashes up ‘Everlong’ and ‘What You Won’t Do For Love’ by Bobby Caldwell, listen here. During the photographs they requested that I play Etta James’ ‘At Last’, and for walking out, something a bit more upbeat – Bruno Mars’ ‘Marry You’. I took a few sneaky photos during the ceremony… see below! 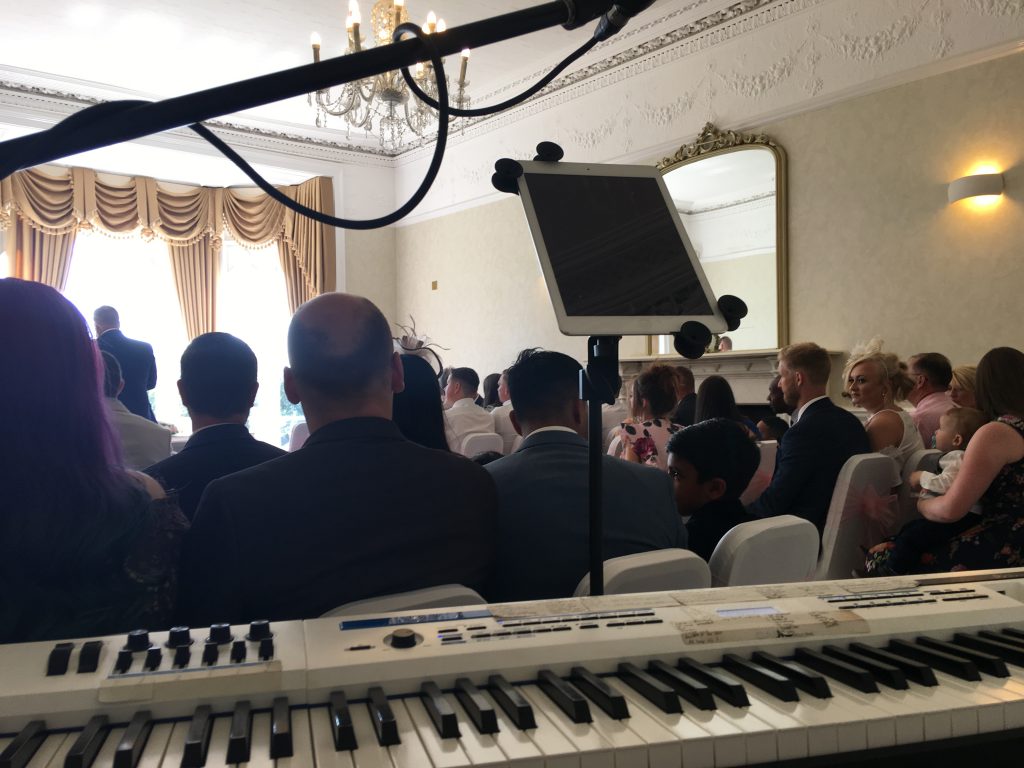 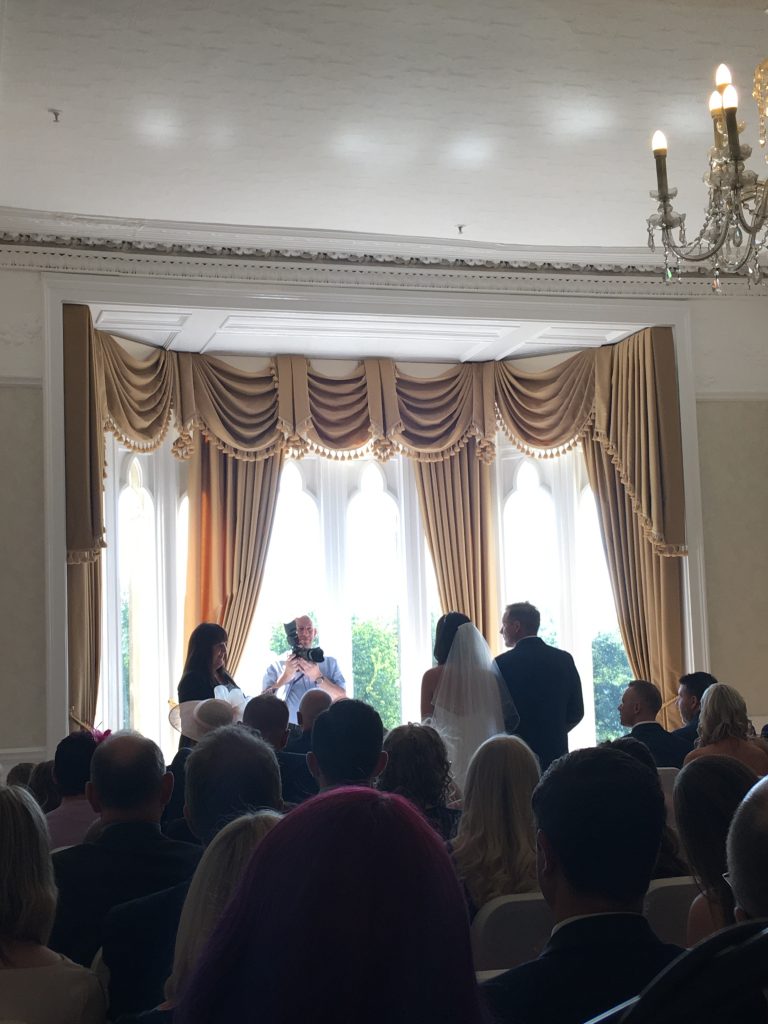 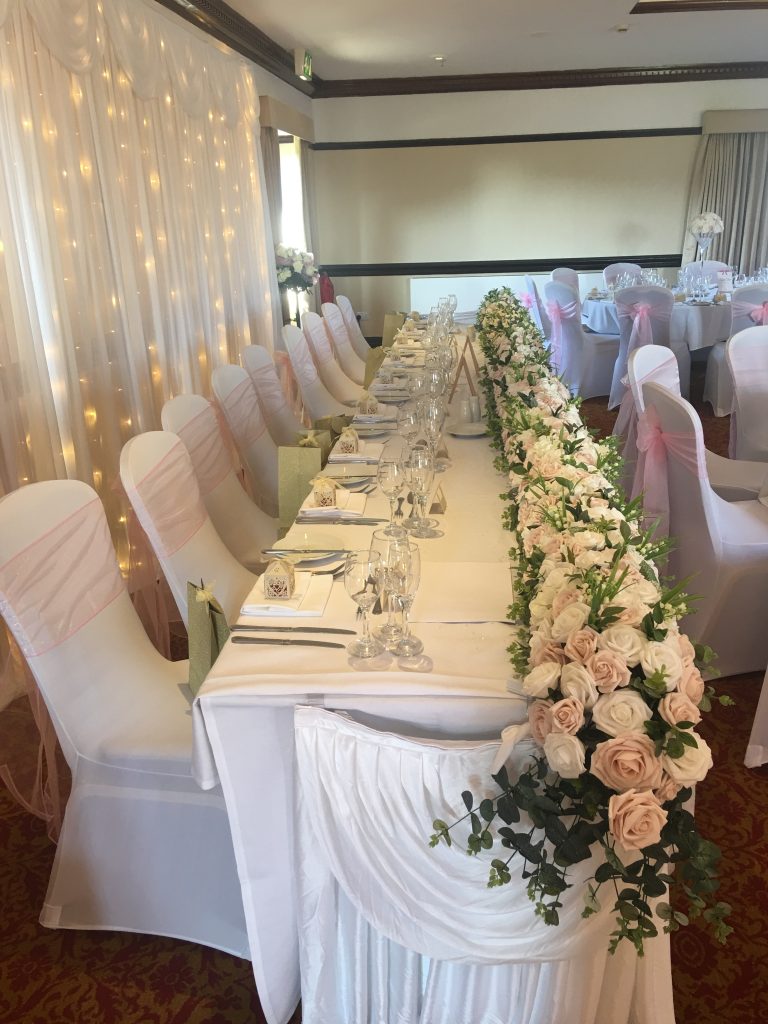 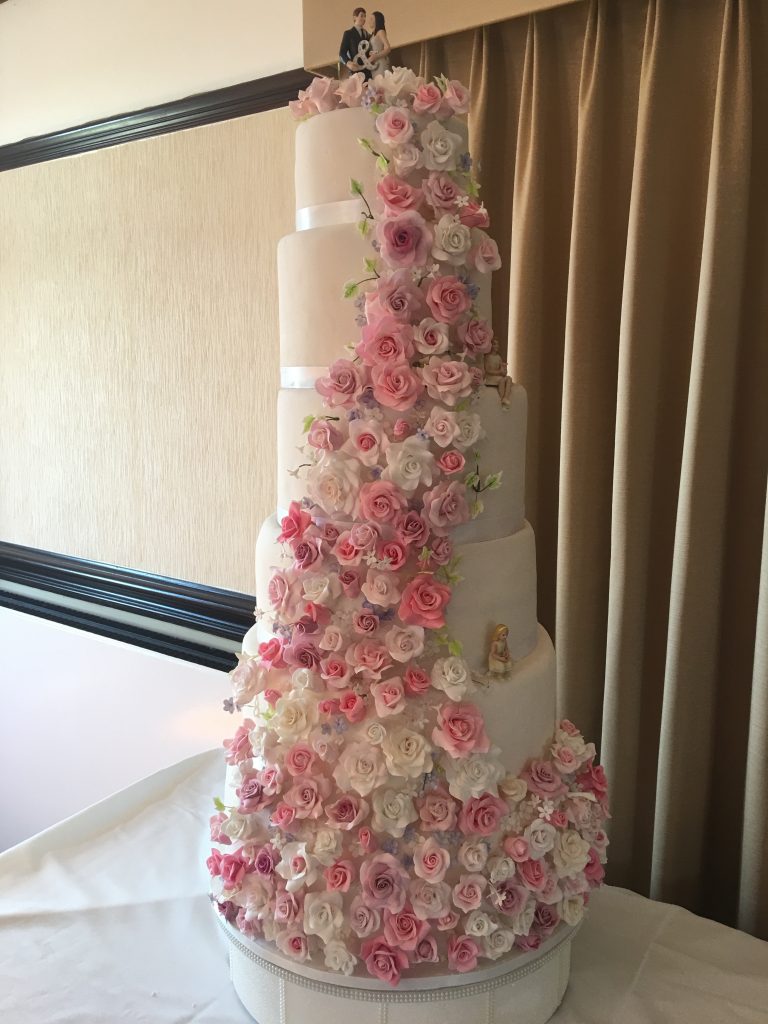 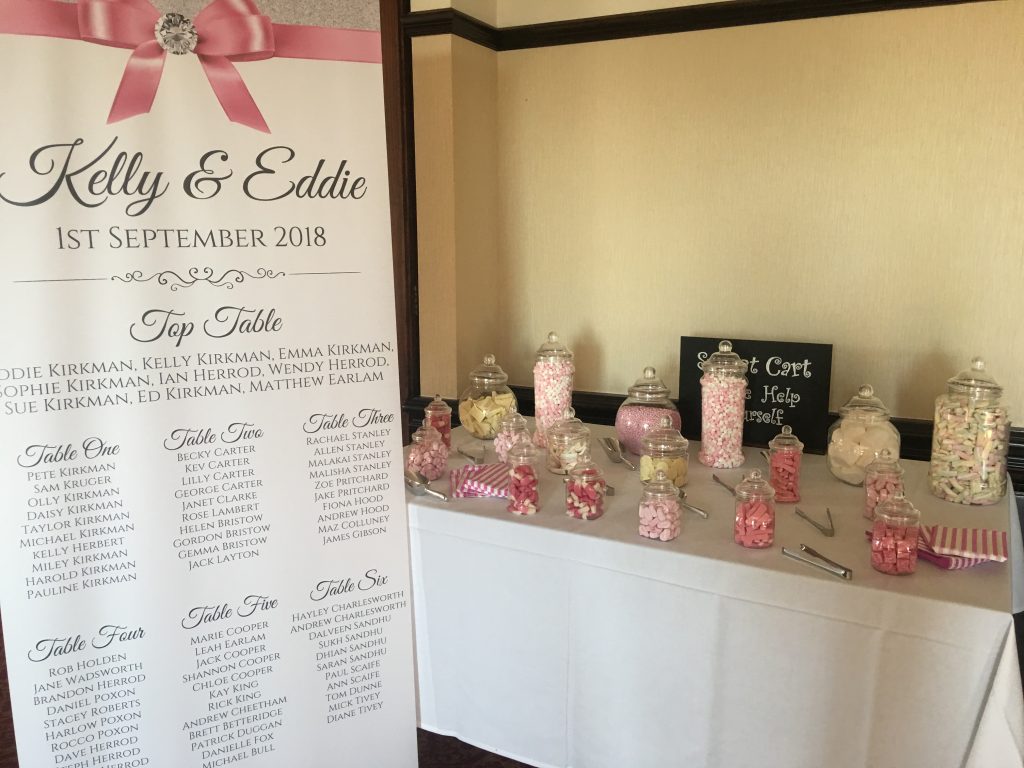 Kelly and Eddie gave me free reign for the breakfast, so I decided to play a mix of old and new from various genres to try and suit everyone. The day was really relaxed, Kelly and Eddie were the picture of happiness and Breadsall looked after everyone (, including me,) superbly.

Massive congratulations and I wish you the best for the future. So happy for you both.