I first met Sarah with her mum at a wedding fair at Cattows farm. I remember it well because at the time they came over to say how much they were enjoying my performance, but already had someone booked to sing. Lucky for me, almost a year later, I received an email from Sarah saying unfortunately their singer had had to cancel and that she would like me to play. Obviously, I said yes, and that I would love to! Sarah decided that she would like me to perform one song during the ceremony at the church whilst the registers were being signed and then move across the road to her parent’s house where the reception was being held for an hour set. On arrival, the church looked beautiful with natural foliage at the entrance and tall trees aligning the sides of the aisle – not over done at all. I decided to set up in the back left corner of the church as that was where the power was. 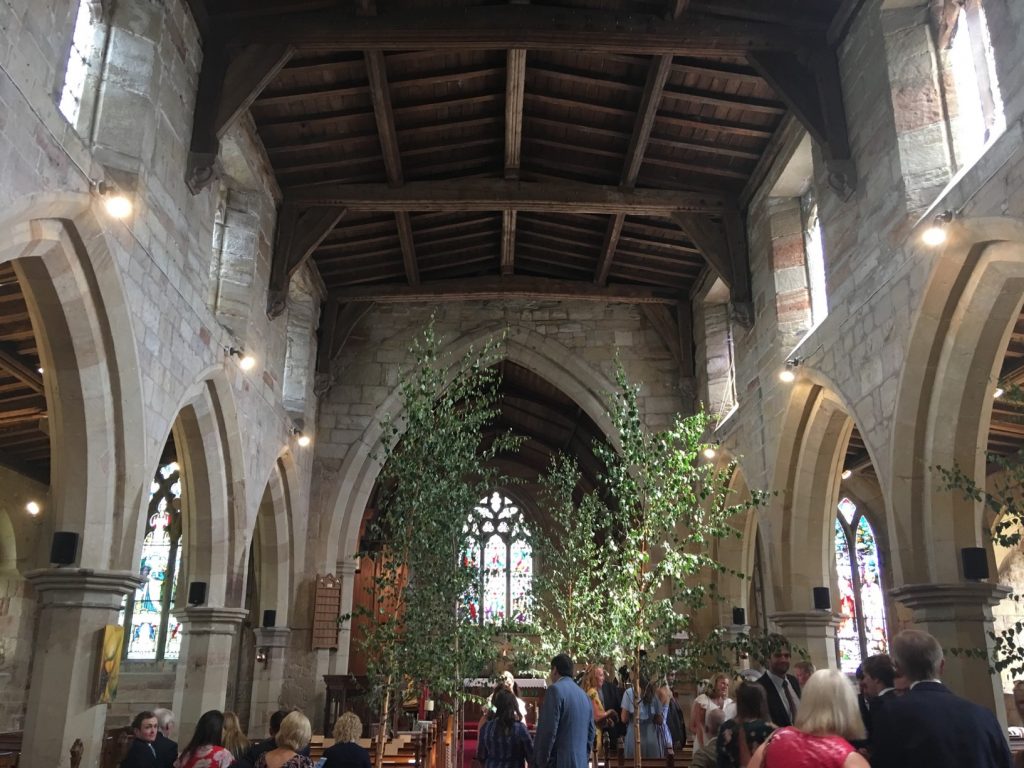 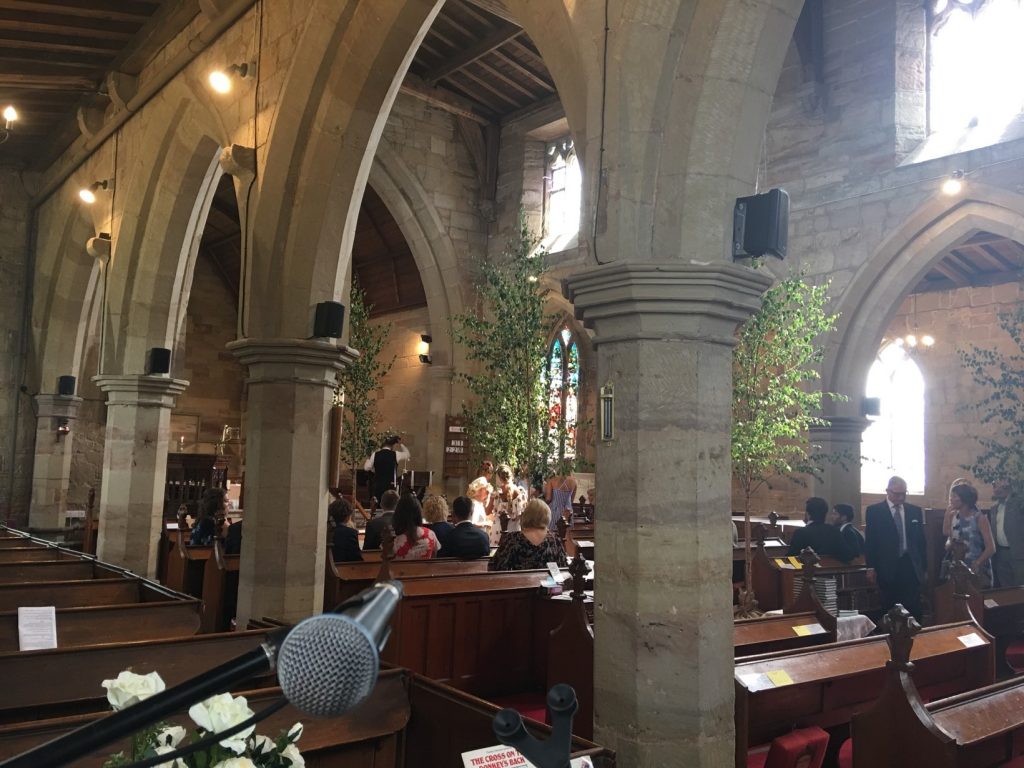 Luckily, I had asked my trusty roadie ‘aka’ Dad for some help unloading, setting up and moving the equipment over to Sarah’s parent’s house which ended up being extremely handy (I would’ve struggled without him!). For my wedding clients, as part of their chosen package, I always tell them that I can learn up to 5 brand new songs of their choice. The rest can be chosen from my existing repertoire on the website. For Sarah and Sam’s special ceremony song choice, they decided on the song ‘Adventurers’ by Holly Maher. I hadn’t heard of this song before, and enjoyed learning it. I always like to put my own spin on a song, which was great as Sarah had already told me that I could do anything I wanted with it and that they had chosen the song mainly for the meaning and words. I had creative freedom. Their 4 remaining song choices were George Ezra’s ‘All My Love’, Ziggy Albert’s ‘Simple Things’, Imagine Dragon’s ‘On Top of the World’ and the hit-song ‘A Million Dreams’ from the 2017 American musical film ‘The Greatest Showman’. I sang these songs at the drinks reception. Walking around the side of Sarah’s parent’s house revealed the most incredible 4-point tipi – and the inside was even better! 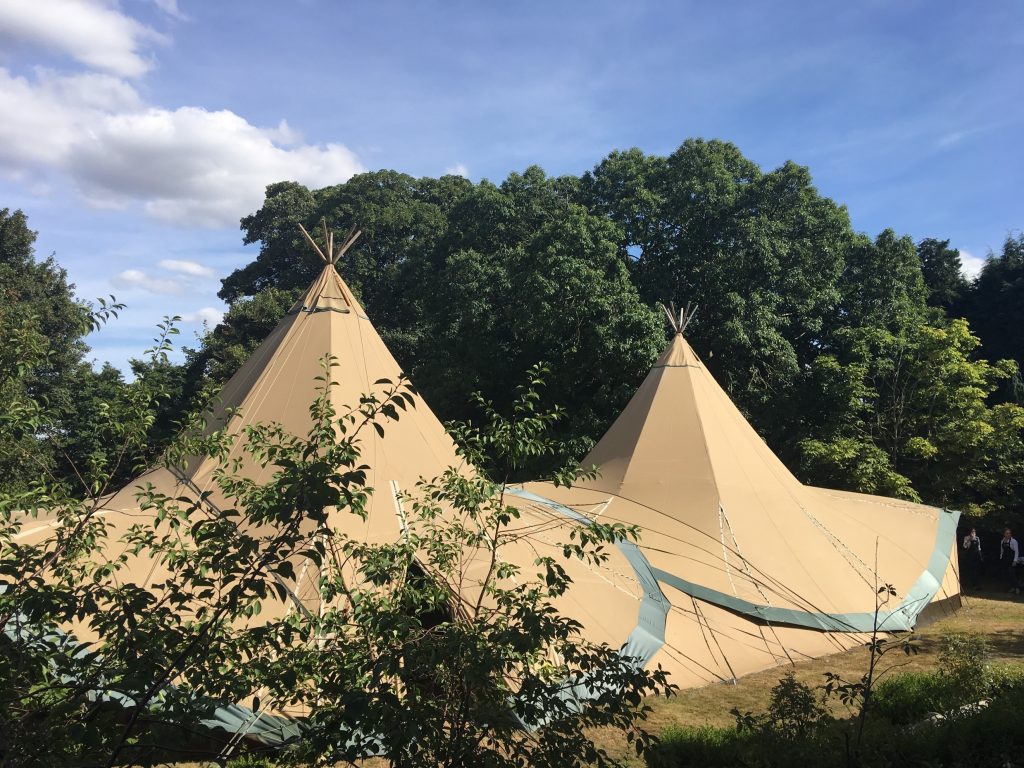 Fur, feathers, flowers, fairy lights, leafy foliage running along the length of each banquet table, a bar nestled at the back, dream catchers and a disco ball – what else could a girl dream of!? Really though, I was super impressed with the interior of the tipi – it looked like it was straight out of a wedding magazine. 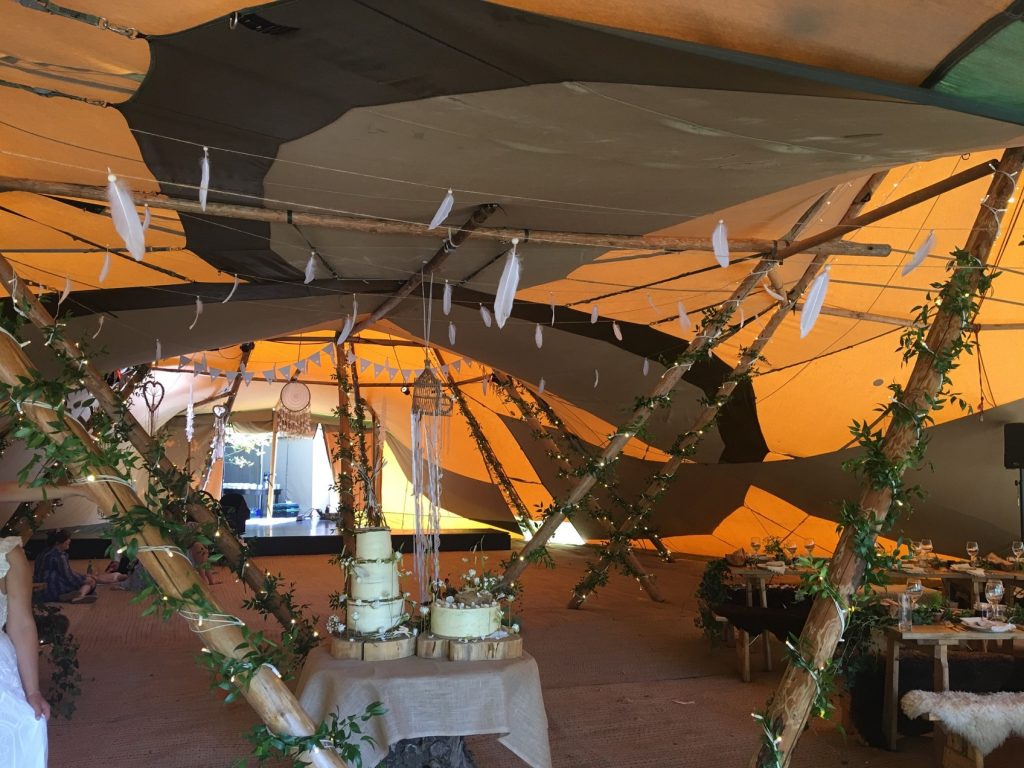 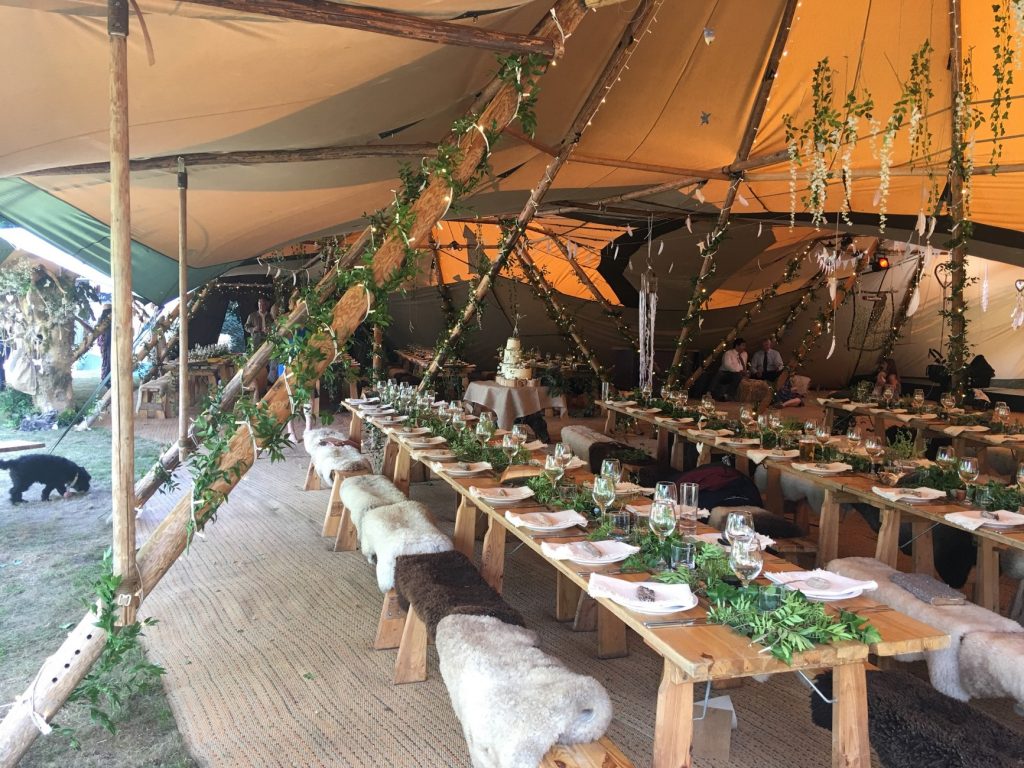 I didn’t play inside the tipi, the weather was perfect so I set up on the terrace area next to the house where the guests were milling around, chatting, drinking and indulging in yummy canapes. The hour flew by, and before I knew it people were ready take their seats in the tipi for the meal and I was packing down again! Taking part in Sarah and Sam’s special day was an honor, they were the best clients to work with and left everything down to my discretion, other than their 5 song choices, which is always a nice treat! Definitely one to remember – and all I can say is that one day, I hope my own wedding is as lovely, relaxed and magical as theirs! Thank you Sarah and Sam for putting your trust in me. If you’d like to read their testimonial click here. 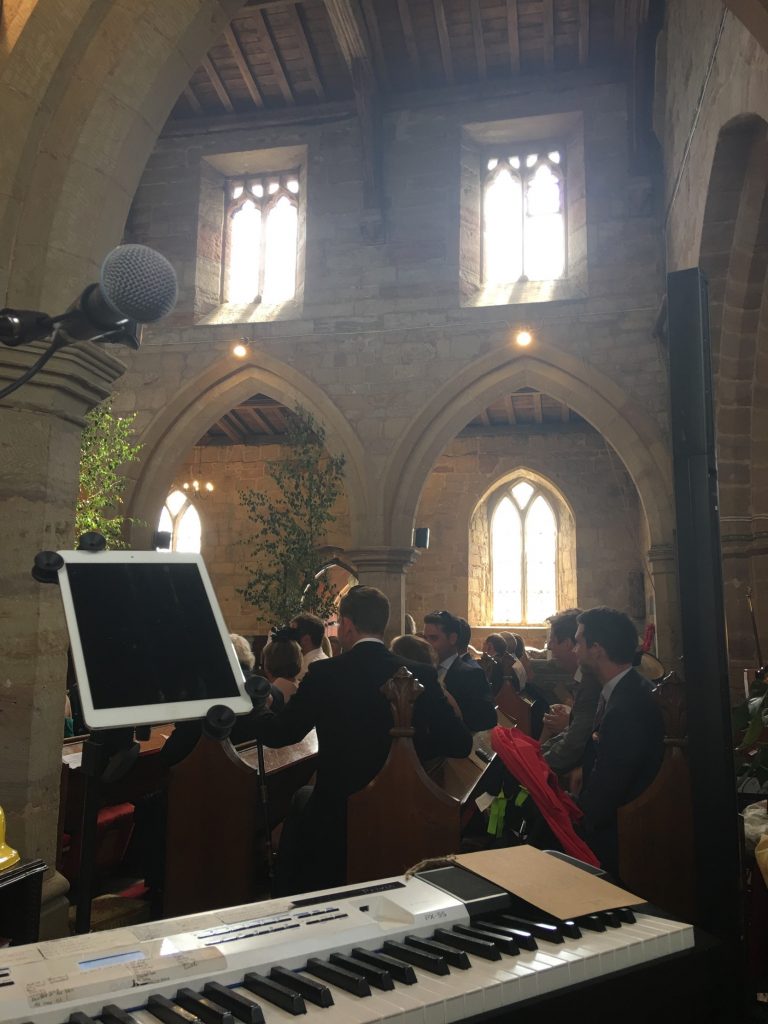 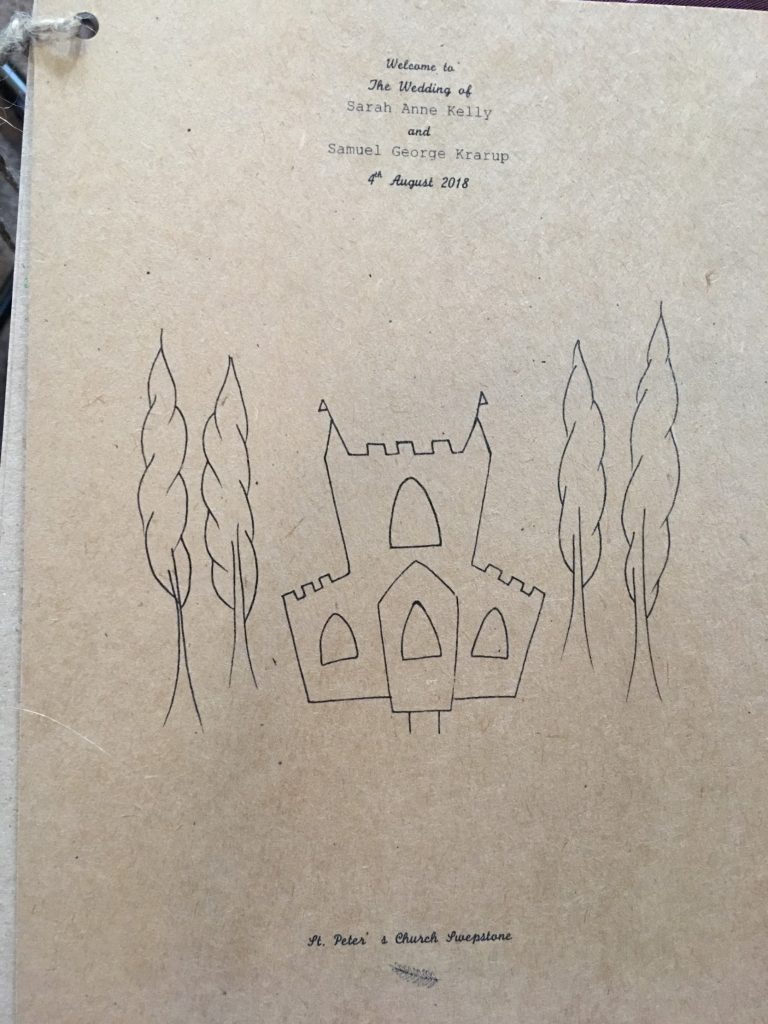